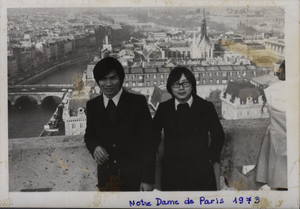 I am writing to you as one of your constituents.

I know that multiculturalism is important to you from your past involvement with the KW Multicultural Centre. Given yesterday’s deplorable news from the United States about a ban on Syrian refugees, we in Canada absolutely must take up the slack as best we can. I understand that we’re accepting a number of Syrian refugees already; way less than Germany, but more than the US, and that this number continues to increase and is slated to be higher in 2017 than in 2016. However, we’re not doing enough.

My parents are themselves refugees from Vietnam. They came to Canada in 1975, two years before I was born, after staying in France for 4 years. They found Quebec to be a welcoming place with opportunities for immigrants, and achieved a solid middle-class life. I grew up as a typically Canadian kid, the son of immigrants, did well in school, and eventually got my PhD from MIT. I was thrilled to receive a faculty job offer back in Canada at the University of Waterloo, where I am now Director of the Software Engineering Program. Because of my background, this news from the United States is particularly troubling to me personally.

Please work with Minister of Immigration Hussen and our Prime Minister to lift the cap on group-of-five and community sponsors specifically and caps on refugees more generally. And please argue for greatly increased resources to Immigration, Refugees and Citizenship Canada so that they can process our backlog in a reasonable time.