Following up on last week’s tip, here’s a near-data-disaster from Rollen D’Souza: 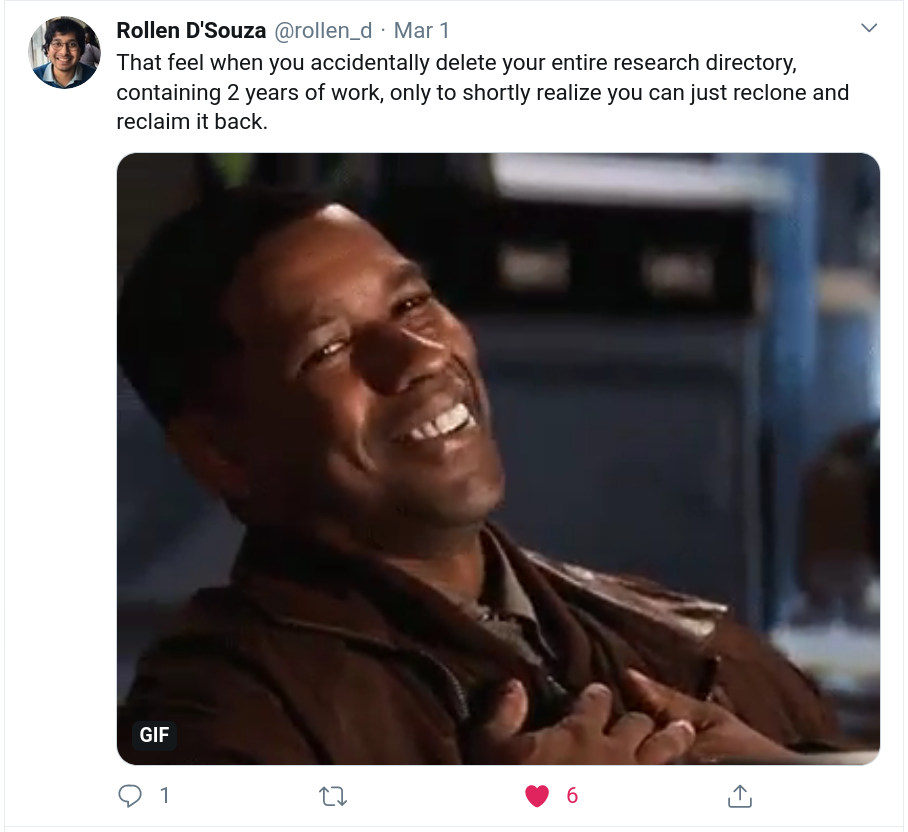 I decided when I started grad school that I would always keep track of my research and general course notes in repositories. This wasn’t entirely just for backup purposes. It turns out that when you want to work on three different machines — work desktop, home desktop, surface laptop — making sure they are all synchronized with your latest work is non-trivial without some automated or manual tracking software. I use Mercurial (distributed vcs) because then there is an entirely cloneable copy of all my work on every machine I work on. (Why Mercurial versus git? Another story.) I’ve gotten into the habit of pulling, committing and pushing whatever I have whenever I work on a given machine.

I’ve (nearly) lost my research data at least twice now. Both involved acts of incompetence: I ran a command I wasn’t entirely sure would do what I wanted in absolutely the wrong directory without testing it; not something I normally do, but something that happens when you combine sleeplessness and lack of coffee. Both commands ran a bit too long which was the immediate signal that I had done something terrifying. Cue in Ctrl-C and panic.

Thankfully I track my entire research data directory with Mercurial. I just reclone the entire directory from my server and all is well. The beauty of this setup is that even when my server is down (happens every so often) I can still synchronize if required.

It of course requires habits to be practised! It isn’t automatic, and that has its price.

So, yes, it’s not just hardware failure or loss, it can also be a problem between chair and keyboard.

We’ll keep this week’s tip short. Here’s a picture from near the Kime Hut in the Tararua Forest Park about 86km from Wellington. It’s about 5-6 hours of walking from the trailhead (11.5km and 1476m of elevation gain, if you care). 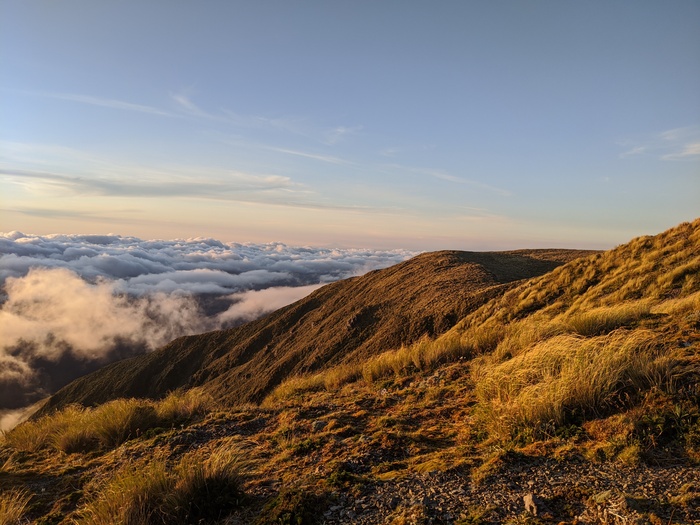 Usually it’s not best practice to count on helicopters (or giant eagles if you’re Frodo and Sam) to quickly evacuate you from the summit. People get injured more often on the descent when they’re tired and it’s getting dark—that nice sunset photo means that the sun will set soon and then it will be dark. Plan on descent time in your trip plans. (In our case we stayed at the hut and walked out the next day in the mist.) 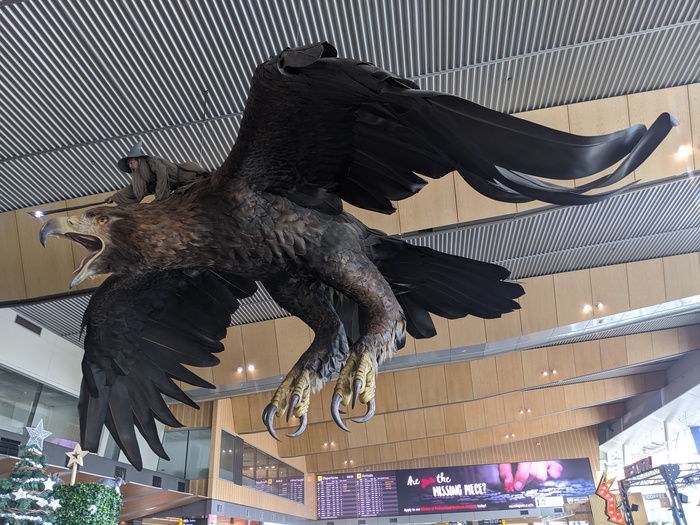 Mountaineer Ed Viesturs said it before me: “Getting to the top is optional, getting back down is mandatory. A lot of people forget about that.”